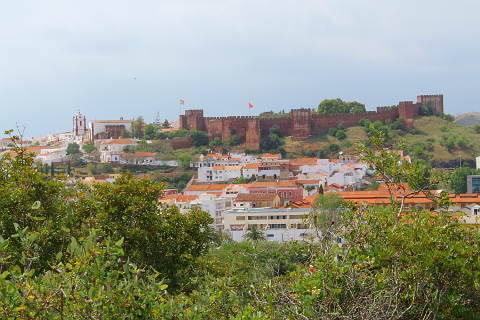 Silves is a historic  town about 8 km inland of Lagoa and 30 km from Albufeira. It was once the capital of the Algarve and is completely dominated by a large castle. The lower part of the town sits on the Arade river.

As you get close to Silves you will see the silhouette of the castle and church as you approach. In the village itself wind your way gently upwards and at the top of the town both the pretty church and large castle can both be found.

The Castelo de Silves is quite cheap to enter and inside its stone gateway the area surrounded by the castle walls is quite large. Many of the buildings have long since disappeared but you can see their footprints on the floor and a plan lets you know how it once looked. It is however the best preserved castle on the Algarve. 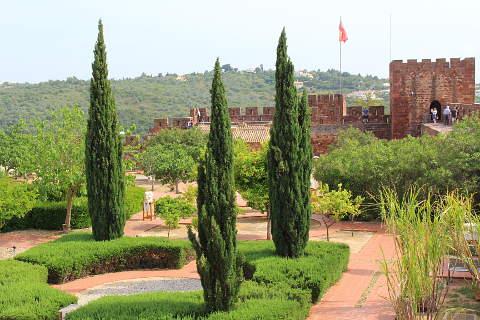 The exterior walls and 10 towers have been renovated and you can walk from these and enjoy the views both over the surrounding countryside and over the castle grounds.

The castle was originally built in the 10th century but only the square tower near the entrance dates back to this period. As well as the footprints of the palatial houses that were once inside the castle walls you can see the cisterns of the castle.

The cisterns and grain stores were vital to the castle to enable its inhabitants to hold out during long sieges. One of the cisterns is now known as the 'Cistern of Dogs' due to the unpleasant custom of throwing stray dogs in during the last century!

The other cistern is huge and has been renovated so that you can go into it and wander amongst the moorish arches. Legend has it that this cistern was visited on the nights of Saint John by an enchanted Moorish maiden sailing over its waters at midnight in a silver boat with golden oars as she waits for a prince to end her enchantment.

Part of the grounds have been pleasantly planted to create a garden with a tea room on the edge where you can stop for refreshments. 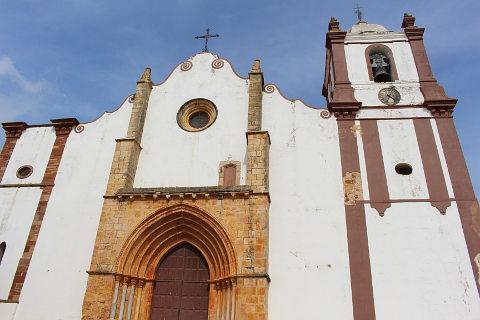 Near to the castle is the cathedral. It is one of the few remaining Gothic monuments in the Algarve.

In the town itself you will find lots of pretty streets painted in the typical Portugese style of white buildings with windows and doors outlined in coloured paint. There are lots of orange groves around the town as oranges were introduced by the Moors during the Moorish occupation of the town from the 1st to the 10th century.

There are lots of pretty walks that you can do from Silves into the surrounding countryside.

Silves is not far from Lagoa which has a waterpark if you are travelling with children.

If you are ready for the beach then head for the Praia da Marinha, one of the stunning and iconic beaches of the Algarve. Or head to Benagil beach and take a boat trip to Benagil cave.

Map of Silves and places to visit

See more places nearby in the Algarve guide