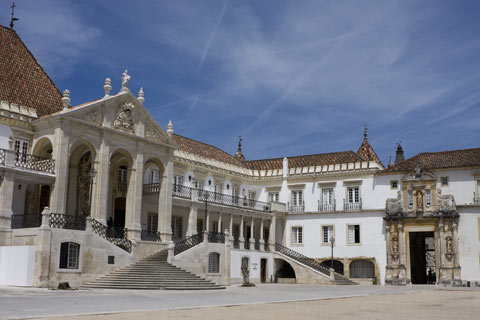 The Centre or Centro region of Portugal is probably the part of Portugal that has the biggest natural contrasts. It has fantastic beaches on the coast that is also dotted with cozy fishing villages. Testaments to the ancient Romans can be found in Coimbra, ancient castles are scattered throughout the region, and you can even ski in the southern tip of the Centre.

Centre region - a guide and places to visit

Portugal’s location along the coast of the Atlantic on the west side of the Iberian Peninsula is the reason its history is centeredaround hundreds of years of discovery and ocean adventure.

Today, remnants of this age are still symbols of the culture of Portugal. Over the years it was exposed to several different civilizations that have left behind huge artistic and archeological monuments. Combine this with the sunny climate and the diverse geography and Portugal is one of the busiest tourist destinations in Europe.

The Coastal Town of Aveiro

Aveiro was once an important seaport, but today it is known as a peaceful city with its canals lined with charming houses and the lagoon that ties Aveiro to the ocean. Along the coast, Espinho is a beach with a cosmopolitan flare like those in the Algarve. The area around Aveiro also offers a fairytale castle at Santa Maria da Feira and Castelo de Paiva, a small village set in the midst of hillside vineyards. See Aveiro for details.

The History of Coimbra

Coimbra was Portugal’s capital from 1139 to 1256 and was the birthplace of six different kings. The country’s oldest university is also located here.

Near Coimbra is the National Forest of Bucaco full of both native and exotic varieties of vegetation. In the middle of the Forest is the romantic 19th century Bucaco Palace Hotel. Travel a bit farther south and you will come to the seaside resort of Figueira da Foz. The beach is sandy and wide and is a popular spot for surfing.

Throughout this entire district you will find interesting castles, some that survived occupation by both the Moors and the Romans, as well as a number of other historic sites. See Coimbra for details.

The Wine-growing Region of Viseu

Viseu is the capital of the wine-growing region known as the Beira Alta and is also surrounded by lush wooded areas. The town of Viseu has some lovely monuments and churches like Vouzela’s Mother-Church. It is one of the few remaining temples of medieval architecture.

Viseu is also the home of the S. Pedro do Sul Spa. The spa dates to the Roman period when the healing powers of the water here were already known. See Viseu for details.

Guarda on the Mountains of Portugal

Guarda is on the northeast side of the Serra da Estrela, which is the highest mountain in Portugal, making Guarda the country’s highest city. It was founded in 1197 as a fortress to guard the frontier.

Driving to Manteigas through the center of Serra da Estrela will take you to the highest peak of 6539 feet. In this district you will also find a tour of the castles along the border with Spain.

Skiing in the Beira Baixa

The district in which the city of Castelo Branco lies, Beira Baixa, is not a busy tourist destination, but the scenery is beautiful and the city itself is quite charming. Northeast of here you will find the Natural Park of Serra da Estrela that provides scenic long distances walks in the summer and even skiing opportunities in the winter.

Centre’s mountainous Spanish border contains a number of castles and fortresses that were at one time used to protect the villages here from invasion. The high elevation of these villages gave them the advantage when Christians, Moors, and Spaniards all at one time over the centuries tried to take over these towns.

There are over a dozen fortified villages in this region that are fine examples of 900 years of Portuguese history. Thanks to these villages, Portugal has the longest-standing boarder in Europe.

Map of Centre and places to visit