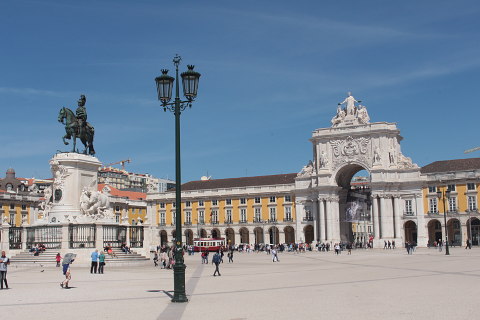 The region of Lisbon sits on the western coast in the southern half of Portugal and as well as the beautiful capital city includes a number of interesting and attractive places to visit.

Lisbon region - a guide and places to visit

The region of Lisbon, or Lisboa as it is known in Portugal includes the capital city of Lisbon and the area around the Tagus estuary. It is made up of two subregions: Greater Lisbon (the city) and the Peninsula of Setubal.

For the city of Lisbon see our visitor guide to Lisbon and the key districts of Lisbon.

Lisbon is the capital of Portugal, as well as its largest city. It has a population of 564,657 in the city limits, and the urban area encompasses around 2.8 million people altogether.

Like many other famous cities in the world like Rome, San Francisco, Moscow and Istanbul, Lisbon is built on seven hills. It is the most westerly city in continental Europe, and is located on the western Iberian Peninsula of the Atlantic Ocean and the Tagus River. It is only around 200 miles away from Africa.

The most popular neighborhoods of Lisbon

Chiado is a highly sophisticated shopping district. It is also home to a fantastic statue of Fernando Pessoa, perhaps Portugal’s most famous poet. Visitors can head to the top of Chiado, Barrio Alto, for an amazing view of the city and the most exciting nightclubs in town.

The downtown area of Lisbon is called Baixa. Everything in this part of the city dates from after 1755, when an enormous earthquake leveled Lisbon. It is extremely well planned, and therefore very easy to get around and find things.

The Alfama neighborhood shows marks of the Turkish occupation of Lisbon. The buildings are all packed in very tightly, and the streets wind around like they are lost. It is a great place to stroll around and soak in the atmosphere.

The best neighborhood in Lisbon for sightseeing is, without a doubt, Belem. This area of the city is completely packed with famous monuments and locations. It is located on the western edge of the city, and was the harbor for the launching of Portugal’s many ocean-exploring missions. Belem Tower is a beautiful fortified tower that sits on the harbor and dates from the early 16th century. It is an UNESCO World Heritage Site. The nearby Jeronimos Monastery is an UNESCO World Heritage site, as well. This is one of the most famous and impressive sites in Lisbon, was built in the 15th century and took nearly 50 years to complete.

Heading west along the estuary mouth and to the ocean there are lots of beaches that are popular with residents of Lisbon and with visitors to the area. Two resorts in particular stand out, these are Estoril and Cascais and you can easily organise a day trip from Lisbon city to visit them.

Estoril is a fashionable beach resort with some great restaurants and the largest casino of the Iberian peninsula. The town beach is long and sandy and there is a great sea swimming pool great for children. From Estoril you can walk to Cascais.

Cascais has some lovely beaches, a charming fishing harbour and a fine historic centre dating from the 19th century. It was a favourite summer retreat for Portugese and European nobility during the 19th century.

Just a little further along the coast is Cabo da Roca, the most westerly point of mainland Europe!

Not to be missed if you can spare a day trip from Lisbon is the fabulous historic town of Sintra. Sintra boasts a distinctive and very colourful palace, the Pena Palace, a Moorish castle, a gothic mansion and much more. The coast near Sintra is also spectacular and very unspoilt. 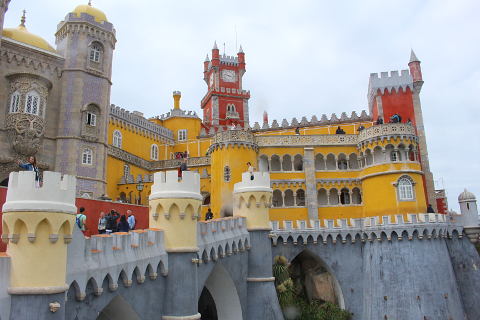 In between Lisbon and Sintra is the lovely Querez palace where Queen Dona Ana was confined when she became mad after the death of her husband. The palace is a charming baroque palace with lovely gardens and well worth a visit.

Mafra, to the north of Sintra, is a pretty town and home to the Palace of Mafra which is the largest palace of Europe! Inside the palace is a monestery, basilica and library.

To the north of the Lisboa region is the coastal town of Obidos which is a beautiful town surrounded by defensive walls and within are picturesque cobbled streets and traditional painted houses. It is considered to be one of the most beautiful towns of Portugal. 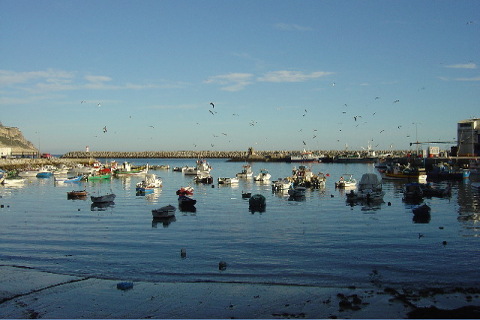 On the southern side of the Setubal peninsula the resort of Sesimbra is another beach town that is popular with Portugese holiday makers but virtually unheard of elsewhere. It has excellent beaches, great food and is a good base for hiking in the Serra da Arrabida natural park.

To the east Setubal is a busy port and fishing town but has a historic centre with cobbled streets.

Whilst the city of Lisbon can be explored over a 2-3 day short break it is worth extending your visit to include some of these towns and sights of the Lisbon region many of which can be visited as day trips using public transport from Lisbon.

Map of Lisbon region and places to visit